WHY do people love spicy food? 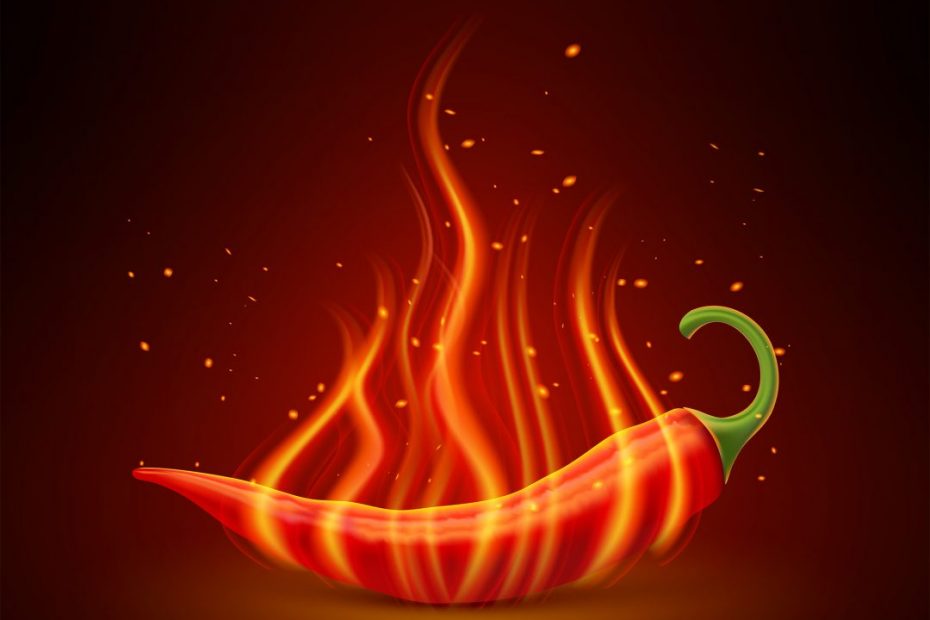 People around the world have different heat levels and preferences for the foods they eat. Some love mild foods while some always want their foods extra hot! But whatever they may choose, spice is the real spice of life!

But why exactly do people like spicy foods? Honestly, this question has no obvious answer as to why people consumer spicy foods or why they don’t! But there are some compelling reasons and health benefits for consuming spicy foods, as mentioned below:

While it is understandable that the chemicals in hot peppers cause us pain, they can also be harmful to bacteria, viruses, and other microbes. Before refrigeration, hot peppers were often used to help preserve food and ward off bacteria in hotter parts of the world. This was integral to food safety; hot peppers were literally life savers. So, because of these antimicrobial properties found in hot peppers, many cultures created spicy traditional dishes and over generations, billions of people have come to love them.

According to a 2015 study by Harvard and Chinese national center for disease control, consuming spicy foods for 6 to 7 days a week, once a day, lowered mortality rates by 14%.

Spicy Foods make you feel excited and give a ‘high’

Spice does not only leave you with a flavor, but rather a sensation. The sensation comes from the chemical compound named capsaicin that gives the hot peppers their hotness. Capsaicin causes pain and triggers the body to think it’s in danger. In response, the body releases endorphins, which are pleasure causing hormones, this is the body’s way of trying to eliminate the “threat” it feels when you eat spicy food. This chemical release causes some people to associate eating hot foods with happiness, creating a “high”, similar to that of the good feeling you get after exercising.

Spicy food speeds up your metabolism

Data across numerous studies indicates that certain spices — like cumin, cinnamon, turmeric, peppers, and chilies — can raise your metabolic resting rate and slow down your appetite. One study also found that turmeric suppressed fat tissue growth in mice.

The effect is mild, so putting cinnamon on your roll probably is not going to aid in weight loss. But if you have reached a plateau in your weight loss journey, spicing it up may be just the thing to try.

Capsaicin, an active component of chili peppers, has been shown to slow and destroy cancer cells. A UCLA study found that capsaicin inhibited the growth of prostate cancer cells in mice while leaving healthy cells unharmed.

Curcumin, a compound in turmeric, may reduce inflammation in the body. In Ayurvedic medicine, the anti-inflammatory properties of ginger and garlic have been used for centuries to treat a range of conditions, like arthritis, autoimmune disorders, and even headaches and nausea.

Spice may halt the growth of bacteria

Cumin and turmeric have been shown to have powerful antioxidant and antimicrobial properties. This means they can be used against harmful bacteria in the body.

Ever heard of Capsaicin? It is basically the star of the show because it gives chili peppers their signature spice. This compound has many benefits, like:

Studies have found that capsaicin can increase your metabolism, which increases the rate at which you use energy and burn fat stores. It can also lower your appetite, which may help you eat less than you normally would.

While research in humans is needed, studies indicate that capsaicin may slow the growth and spread of certain types of cancer cells.

Capsaicin is a key ingredient in various pain relief medications. It can be used in the form of a cream, for example, or even as a patch for certain more specialized therapeutic applications.

THE PSYCHOLOGY BEHIND SPICY FOODS

In a study from the 1980s, researchers found that many people who actively seek out greater challenges concerning spices and heat are the same types of people who enjoy activities that give them an adrenaline rush: thrill-seekers.

Many people who enjoy spices also tend to cite how they feel physically afterward. The irritation of the spices causes the dilator naris muscle within the nose to dilate, making it much easier to breathe and potentially clearing up inflammation within the nose’s airways. The adrenaline and thrill that the spices cause can also help you feel more energized and awake.