Scoville Scale For Hot Sauce | Dingolay’s Turning Up The Heat 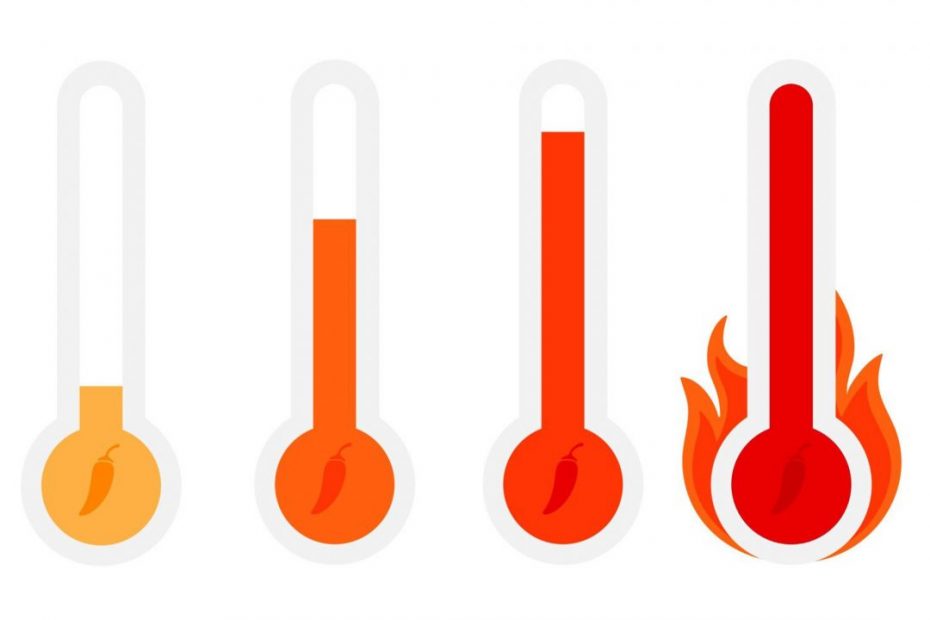 You will find this term labeled on the back of a hot sauce bottle, where the spiciness of the hot sauce is measured in Scoville heat units. The Scoville scale or test is used to measure the pungency of hot peppers. It normally measures the amount of capsaicin- the chemical compound found in peppers that gives them their piquant heat, while assigning the rating in SHUs (Scoville Heat Units).

The scale or test is named after Wilbur L. Scoville (1865-1942), who developed the Scoville Organoleptic Test in 1912 while attempting to find a suitable pepper to use in a heat-producing ointment. Capsaicin is what’s responsible for making your tongue burn, body sweat and ears ache after eating a pepper.

Ever heard of Capsaicin? It is basically the star of the show because it gives chili peppers their signature spice. This compound has many benefits, like:

ORIGINS OF THE SCOVILLE SCALE

Wilbur Scoville, the American pharmacist invented the Scoville scale in 1912. When conducting his test, Scoville mixed an alcohol-based extract of capsaicin oil from a pepper into a solution of sugar water and placed the solution onto the tongues of taste testers. He gradually diluted the solution with more water until his taste testers told him the spice had died and the peppers were no longer hot at all.

Scoville then assigned a number rating to that pepper based on how many times he had to dilute the solution to eliminate the heat. Jalapeno peppers, for example, have a Scoville rating of 10,000 meaning that they would have to be diluted 10,000 times before their heat was neutralized or eliminated.

THE USE OF SCOVILLE SCALE TODAY

In today’s modern world, scientists determine the exact concentration of capsaicin using the technique named, ‘High-performance Liquid Chromatography’ (HPLC). This number can be plugged into a formula that converts it to Scoville Units. Even though the process has changed since Wilbur Scoville’s time, we continue to use his Scoville scale to measure the heat of peppers.

SO HOW HOT ARE YOUR PEPPERS ACCORDING TO THE SCALE?

According to the Scoville Scale the Scoville Heat Units of peppers from all around the world ranges from as low as zero as when tested on sweet bell peppers which have no capsaicin present to as high as 800,000 to 1,001,300 present in the Ghost Pepper, which is considered to be one of the hottest peppers in the world.

The Scotch Bonnet is the main commercial variety of pepper in the region, having achieved this status through a process of repeated selection based on aroma, pungency, flavour, yield, and disease and pest tolerance. With a heat rating of 100,000-350,000 scoville units, the scotch bonnet can be up to 40 times hotter than a typical jalapeño pepper.

Habanero peppers are on the upper end of the Scoville Scale. That means you want to wear gloves when cutting them and remember that a little bit goes a long way. Hot sauce made with habaneros is popular but very spicy. Habanero Scoville units are a whopping 150,000 to 575,000 SHU

The Scoville Scale is used to measure the heat in peppers in Scoville Heat units (SHU) when identifying the spice levels of Scotch bonnet Vs habanero. It is a function of the main phytochemical in peppers that give them their heat called capsaicin. Most research and surveys show that the hotness rating for both these peppers is pretty much the same, ranging between 100,000-350,000 SHU (Scoville Heat Units). The habanero chili peppers are rated around 260,000 SHU, whereas the Scotch bonnet pepper is about 445,000 SHU. Not sure how hot this is? For comparison, jalapeno peppers range from 2500 to 8000 SHU and Thai chili peppers range from 50,000 to 100,000 SHU. So, when it comes to Scotch Bonnet vs Habanero, we might think of both being at par when it comes to their spice and heat!

So what are you waiting for? Get your hands on Dingolay’s famous hot sauces and delve high into the spice meter with the SHUs!