Scotch Bonnet Vs Habanero: A Tale of Two Peppers 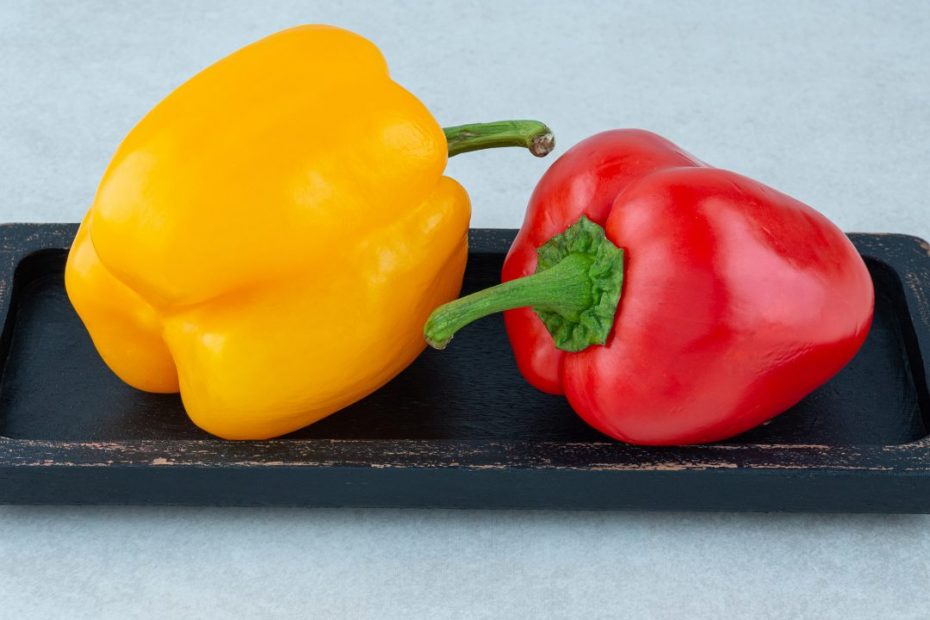 It’s a fine Saturday night and you want to cook the perfect, tasteful, and rather spicy dinner for your family. You go grocery shopping and pick two of the most readily used hot peppers; Scotch Bonnet pepper and Habanero pepper. Have you ever wondered how the two cousin peppers you probably prefer as substitutes in your dinner are as similar as they appear but yet different in many other ways?

Let us dig deeper into the comparison and similarities of these two hot peppers, often quoted as the “Tale of two peppers.”

The basic factors we shall consider to help understand the differences between Scotch bonnet and Habanero two similar but equally unique peppers are as follows;

What are their origins?

The two peppers are actually cousins! Basically, Scotch bonnet and Habanero belong to the same plant genus and family; Scotch bonnet is native to Jamaica and originated in the Caribbean Islands while Habanero peppers have been harvested from the Amazon basin up to Mexico for centuries and first appeared in Yucatan.

Both Scotch Bonnet and Habanero peppers belong to the Capsicum Chinese species. After the Spanish Conquest, both peppers made it to every continent in the world and transformed local food culture. Both chilies grow in warm and dry regions. However, Scotch Bonnet is significantly more resistant and is, therefore, easier to grow.

Are Scotch Bonnet Peppers the Same as Habaneros?

From a dead end, you might think that both these varieties have the same shape, but in actual sense, they both have subtle differences. A Scotch Bonnet pepper is shaped like an umbrella or bonnet hat, from where they derive their name. They are round and full and have deep curvatures with a rounder tip. Their size ranges from about 1 to 2.5 inches in length and 1 to 2 inches in width. The colors vary mostly between red, bright, or yellow, when mature. However, some do appear in other colors like purple, orange, and chocolate brown.

On the other hand, while habanero peppers measure the same size about Scotch Bonnet, they surely are slimmer and much more common. Their top is thick and their tip is thin. Unripe habaneros start out green but as they mature, they turn red or orange. There are some variants that may turn white, yellow or purple as they age.

How Hot is Scotch Bonnet Pepper as Compared to Habanero?

The Scoville Scale is used to measure the heat in peppers in Scoville Heat units (SHU). It is a function of the main phytochemical in peppers that give them their heat called capsaicin. Most research and surveys show that the hotness rating for both these peppers is pretty much the same, ranging between 100,000-350,000 SHU (Scoville Heat Units). The habanero chili peppers are rated around 260,000 SHU, whereas the Scotch bonnet pepper is about 445,000 SHU. Not sure how hot this is? For comparison, jalapeno peppers range from 2500 to 8000 SHU and Thai chili peppers range from 50,000 to 100,000 SHU.

Which one is more popular?

Do they both taste different?

If you are someone trying both these peppers for the first time, you might not notice any difference in how they taste. While both of them have a similar sweet and tropical taste, scotch bonnet peppers are said to be more fruity and sweet as compared to habanero peppers. Habanero peppers taste sweet as well, but they are rather smoky and have a bitter earthly taste to them. These peppers pack a lot of heat and taste sweet, but they are also a great source of Vitamin C. Every single pepper contains the total recommended dose for daily intake. In addition, each also has vitamin A, iron, potassium, and calcium.

Furthermore, habaneros can also be used to flavor food by extracting its flavor in the same way as scotch bonnets. These peppers can similarly be simmered in water to extract their oils and flavor. However, since habaneros have softer skin, you might not want to simmer them for longer than 5-10 minutes or the peppers may start to leak a lot of heat into the food!

Are they both readily available?

Both these chilies are popular and cultivated globally. They are more prevalent in areas where they are endemic; Habaneros in Mexico and Bonney peppers (Scotch bonnet has another name) in the Caribbean. You might find Habaneros more readily available throughout the US, while Scotch bonnets are in areas with a stronger Caribbean presence.

Both of these peppers are widely used in dishes worldwide. They are used in preparing hot sauces and other spicy cuisines. Scotch bonnets are used primarily in West African and Caribbean dishes such as rice, beans, and beef patties. Habanero is also used in various recipes. You can also substitute these chilies with each other; i.e., Habanero can be used in place of scotch bonnet and verse versa.

Other than these uses, you can:

Health-wise, both provide similar nutritional values but scotch bonnets may be a winner by a small margin. Scotch bonnets are an excellent source of cancer-preventing chemicals like phytochemicals and heart-disease-preventing substances like vitamin A. Both peppers also are packed with vitamin C and can even help in blood pressure modulation due to their magnesium content.

While they have similarities in almost everything, be it taste, aroma, flavor, health properties, or heat, they have their own subtle differences that make them a little apart from each other. Furthermore, you might be able to use them interchangeably in your kitchen, but you might still find this article as helpful if you decide on going seed shopping and planting them in your garden anytime soon.

Conclusively, there is no clear winner as to which one is spicier, tastier, and healthier in comparison, we enjoy the spice and taste of both these peppers equally.